Unveiled in late 2019, Blue Haven Bonaira’s 59 independent living units set a new benchmark for quality and lifestyle in the Illawarra. Bonaira Village is surrounded by stunning coastal scenery and part of a lively local community. 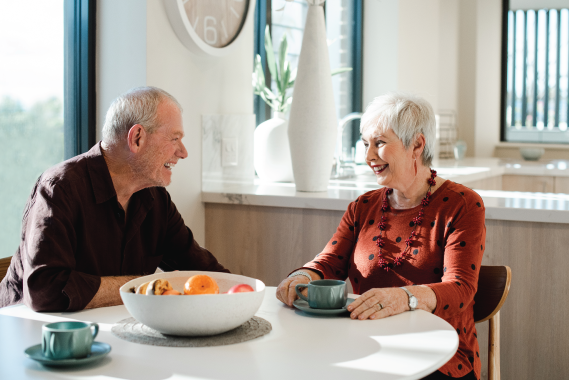 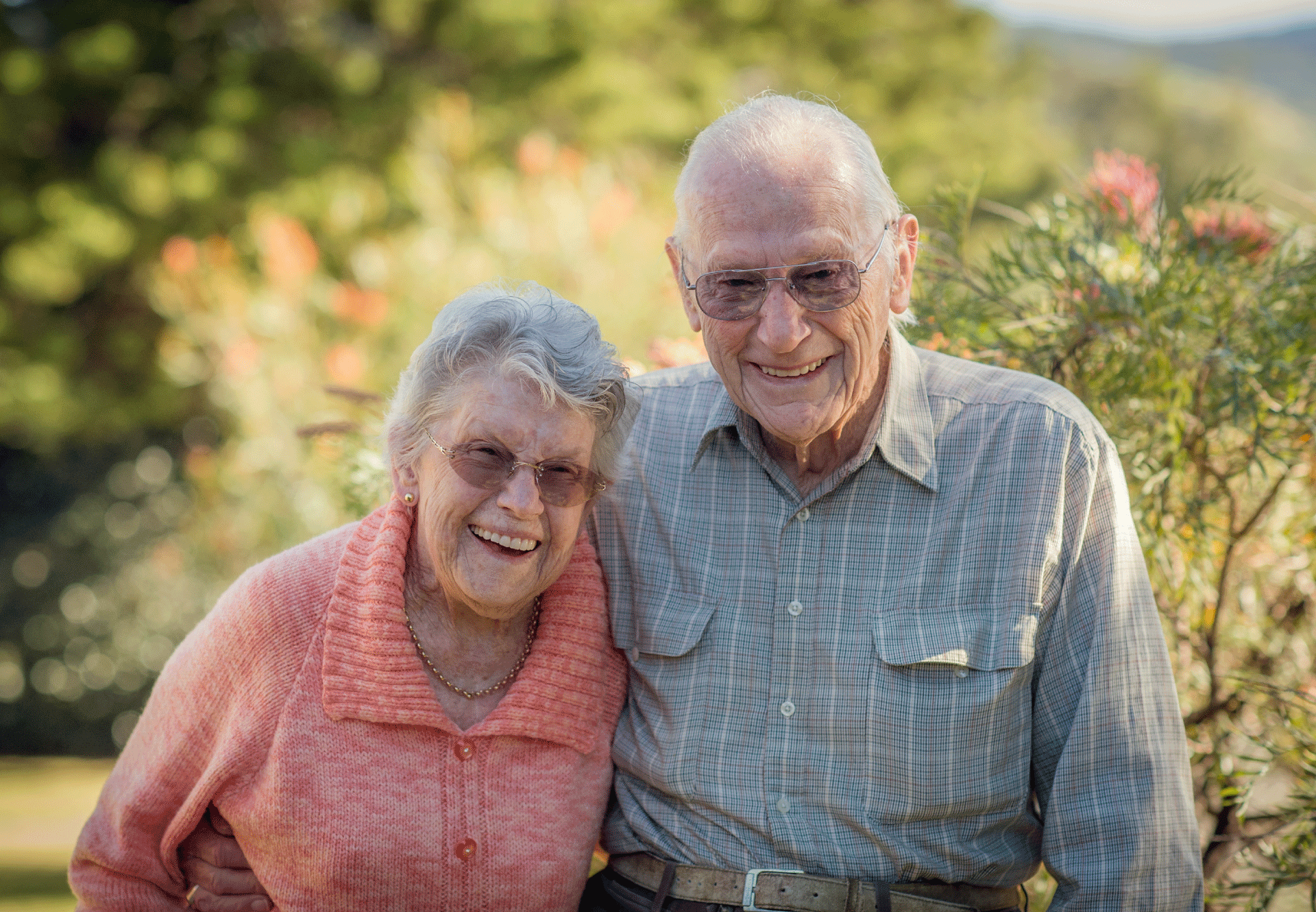 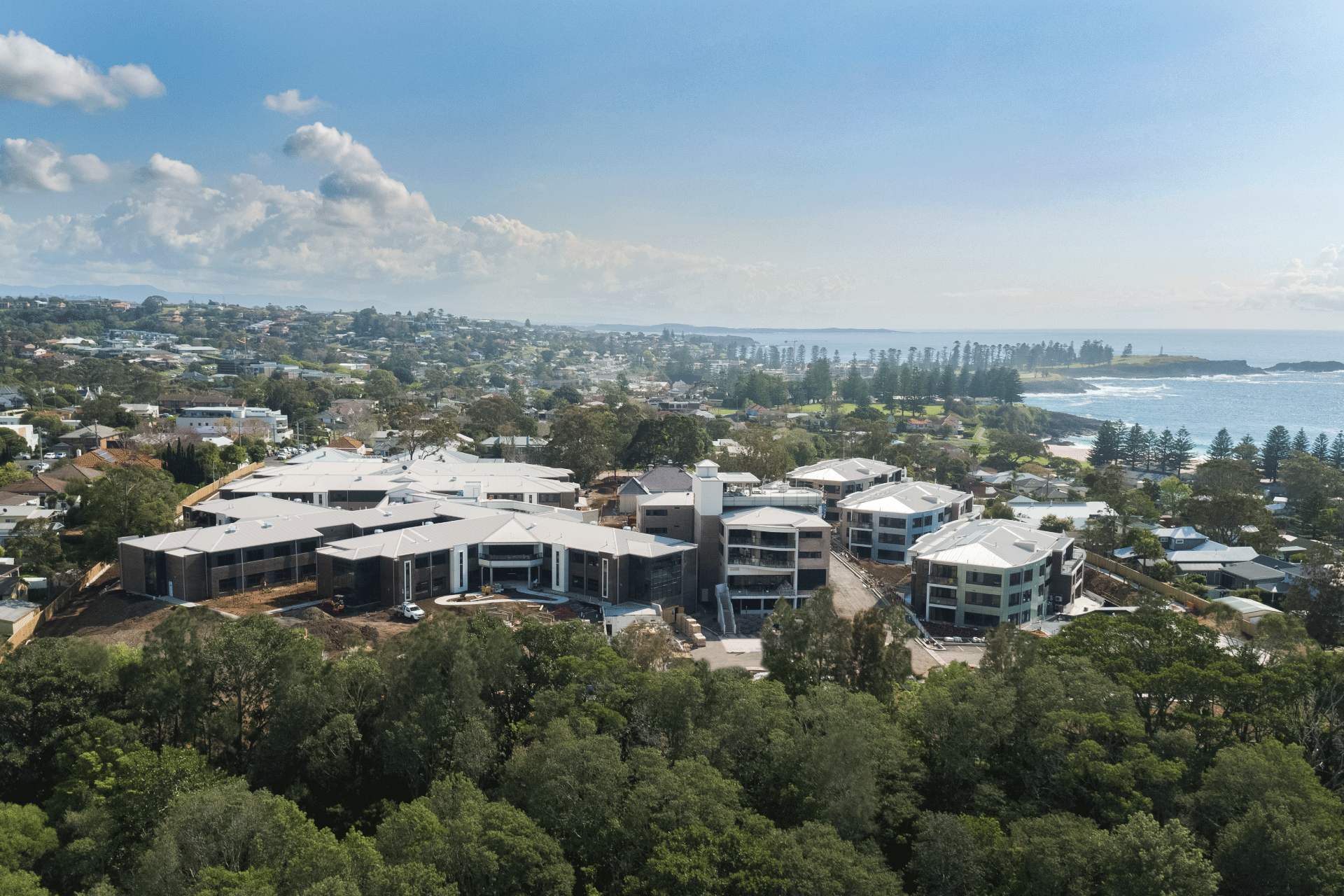 A village within a village

All units sit within the landscaped grounds of the new Blue Haven Bonaira Village. They include open plan living, large artworks, secure underground parking, and balconies with ocean or mountain views. You’ll also enjoy easy access to onsite facilities including:

Plus, with the convenience of secure underground parking, Kiama’s beautiful beaches, shops and convenient services are within easy reach!

TAKE A WALK-THROUGH OUR NEW UNITS

COME HOME TO A NEW LIFESTYLE 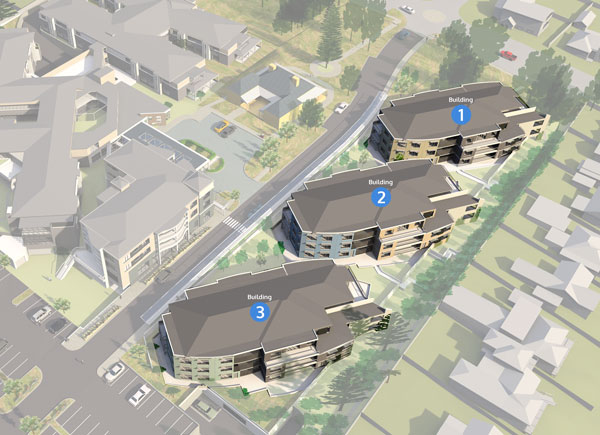 Buildings 1, 2 and 3 have identical layouts. Each contain 17 units and a lift – 16 large 2 bedroom and 1 single bedroom unit. All units have balconies and secure underground parking for one vehicle per unit. Choose from a variety of floor plan styles. 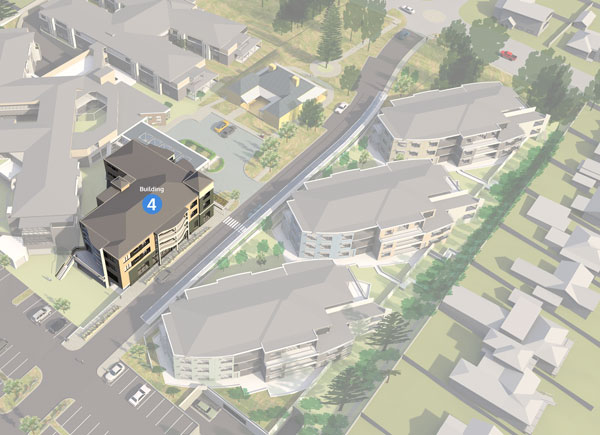 Building 4 includes 8 large 2-bedroom units on the top 2 floors above the Matterson Hall. Along with the lift and secure underground parking, each unit has a balcony with either ocean or mountain views. Choose from a number of floor plan styles. 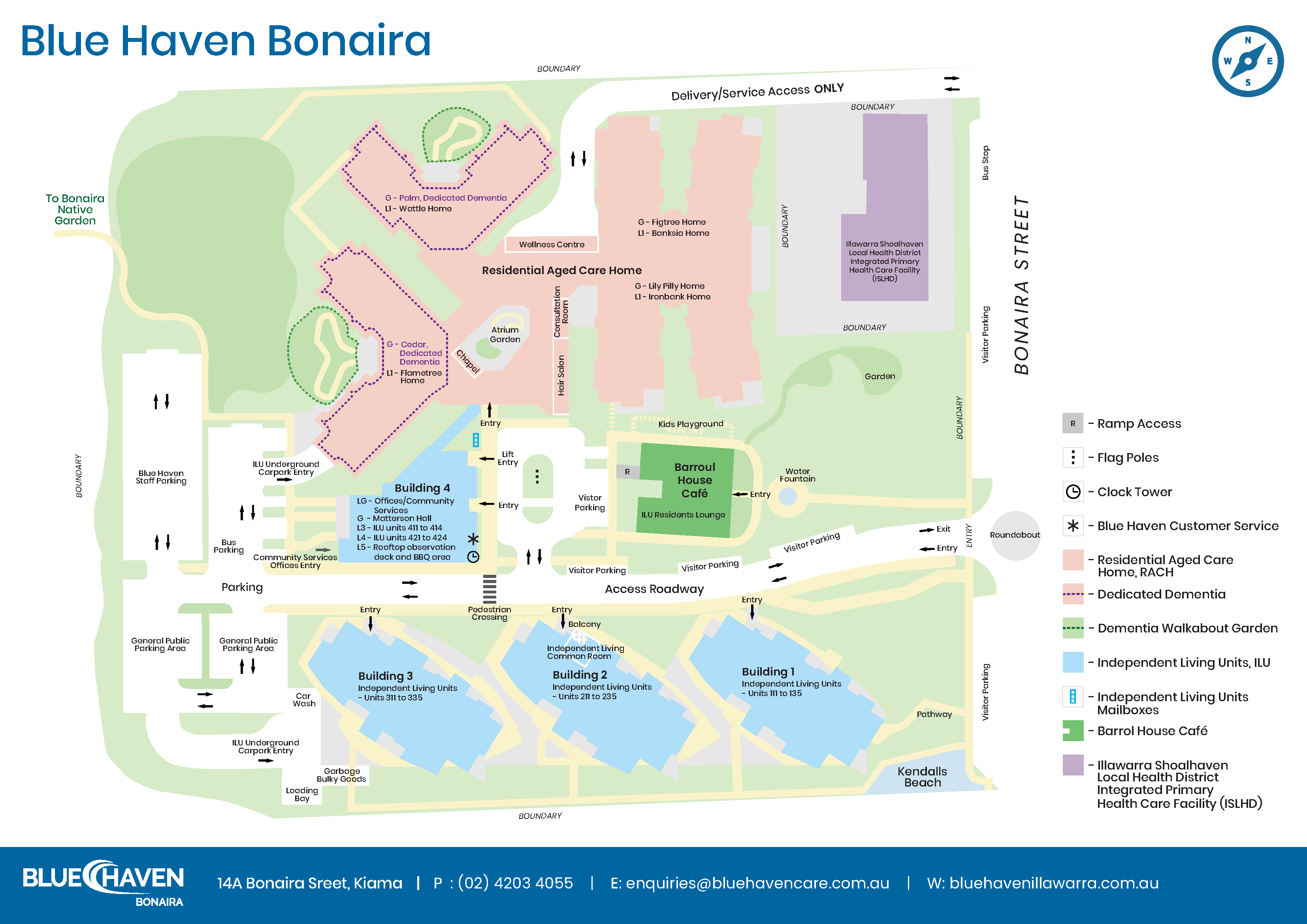 Don’t miss your chance to call one of our brand new units home.
A limited selection is available now.  Enquire to learn more.

Your new Bonaira lifestyle is waiting for you… 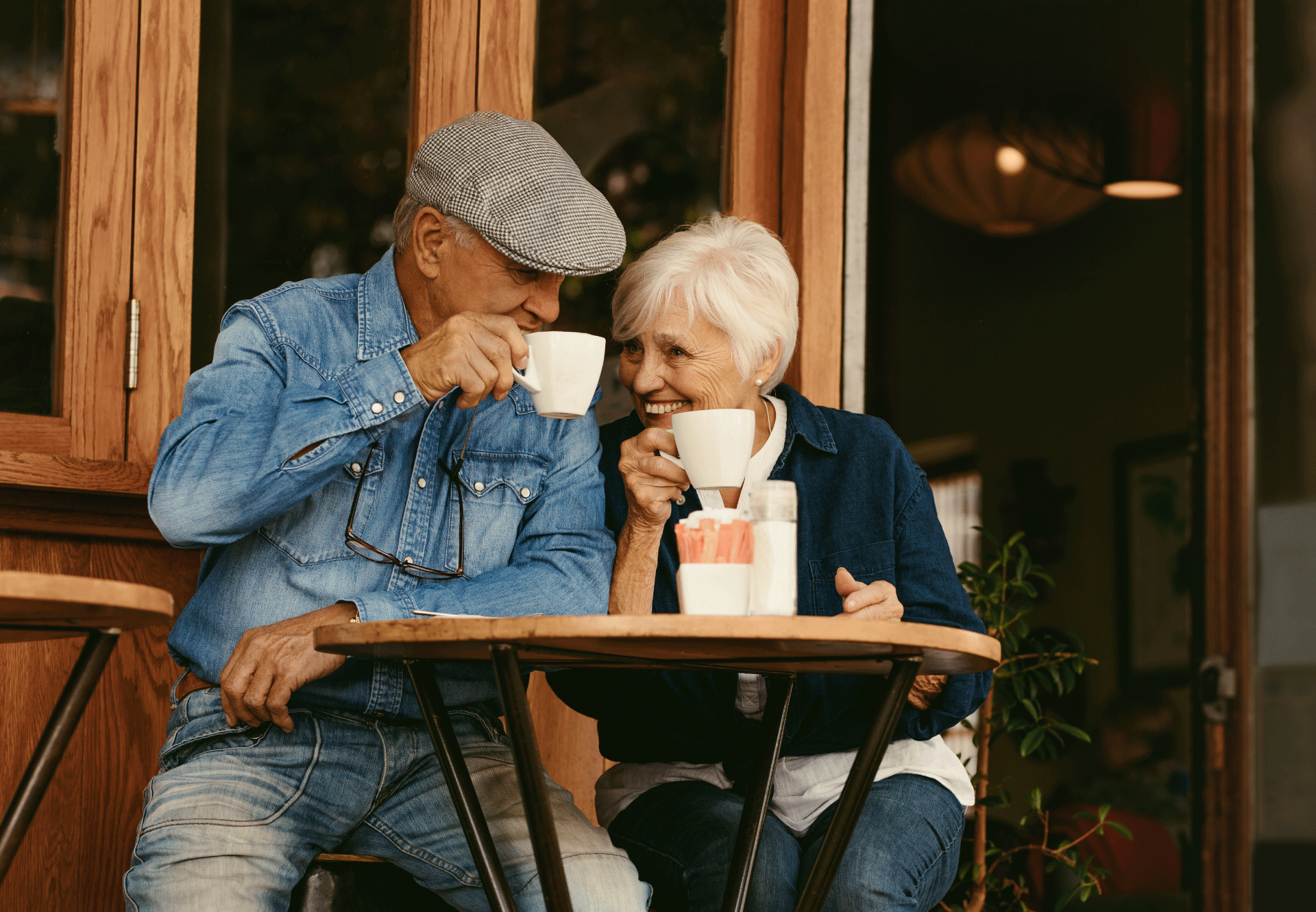 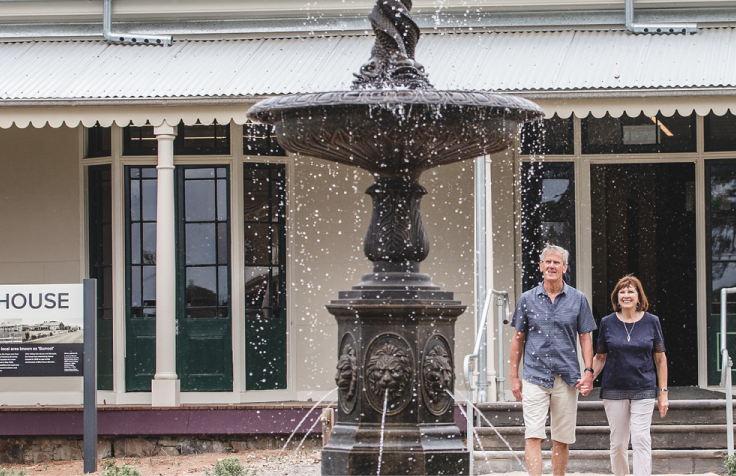 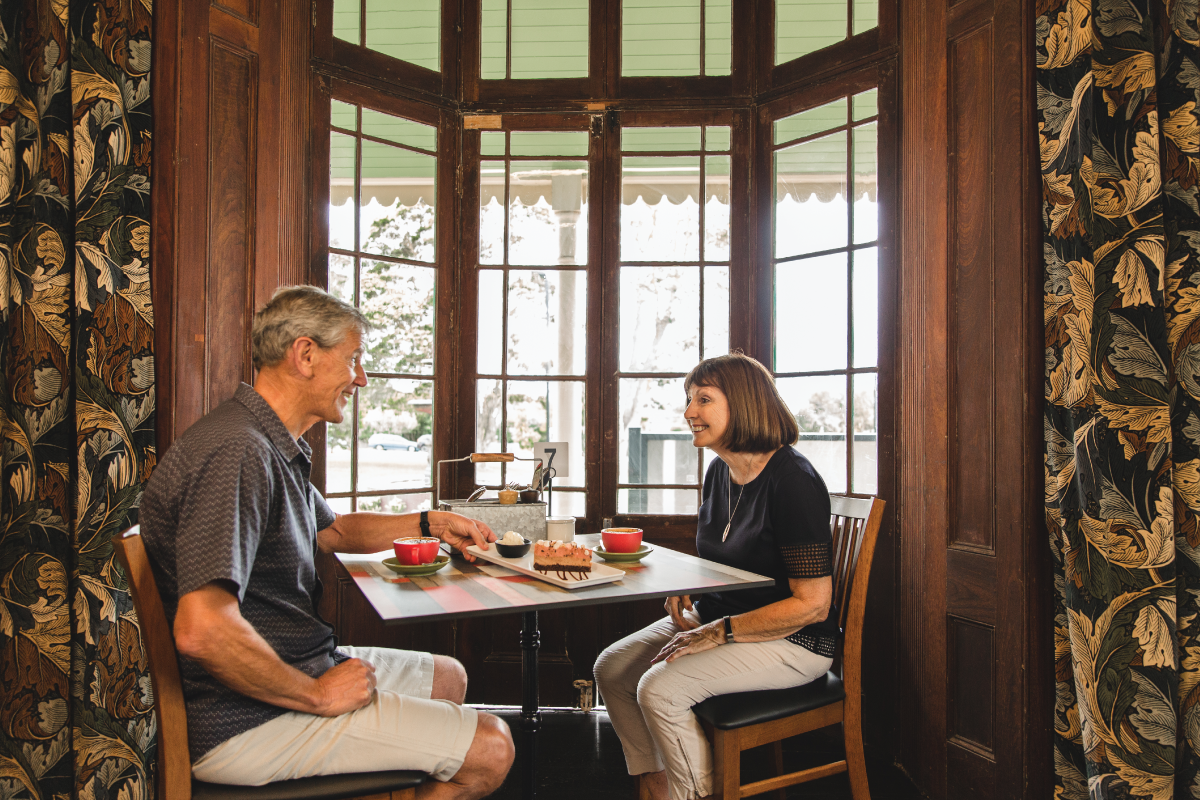 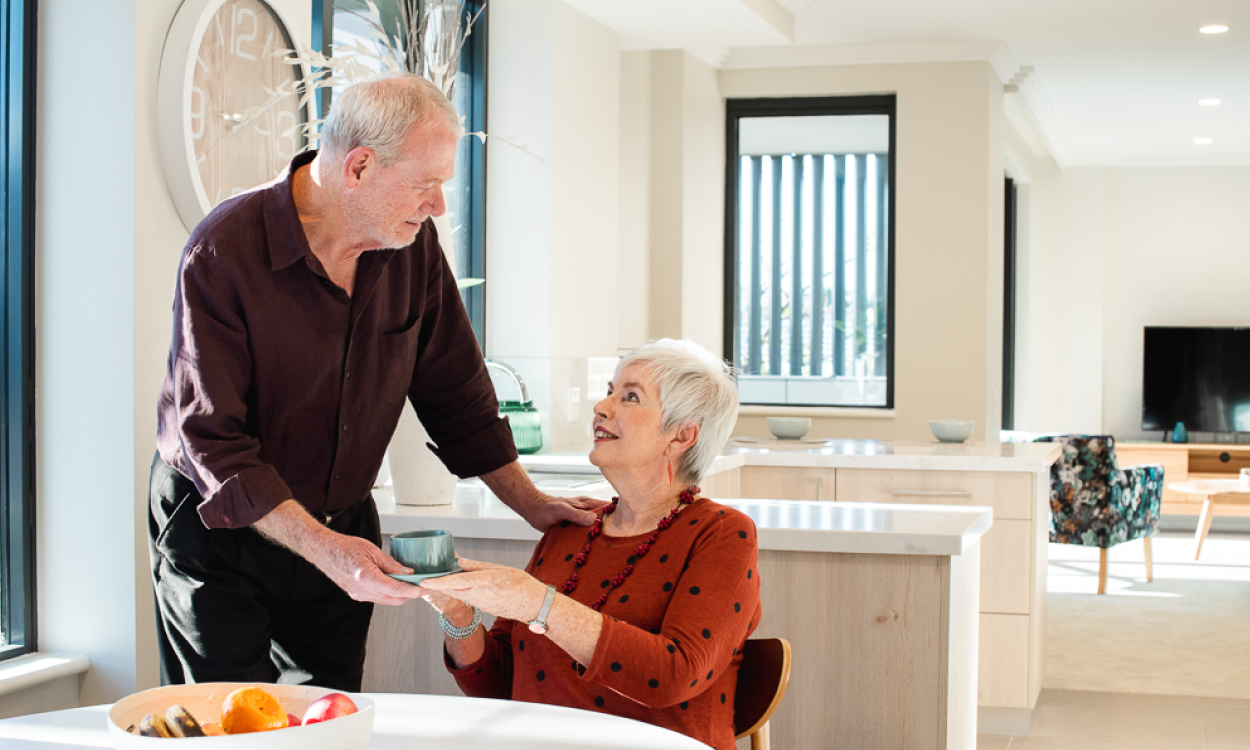 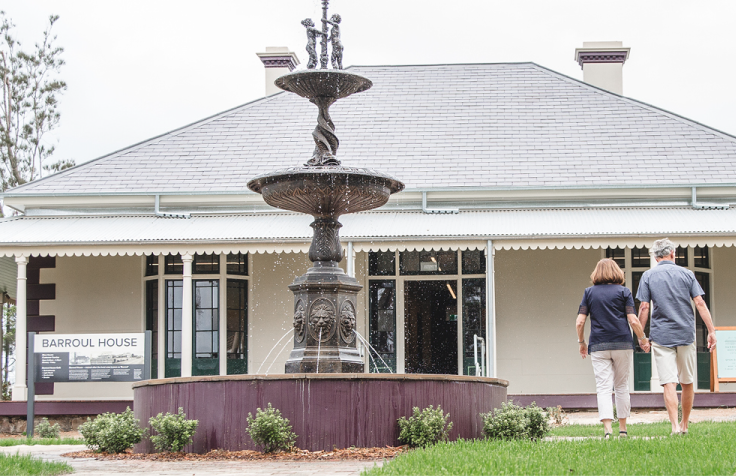 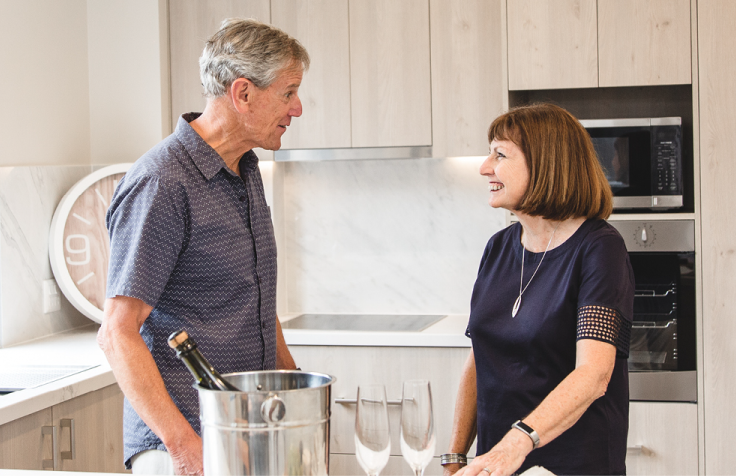 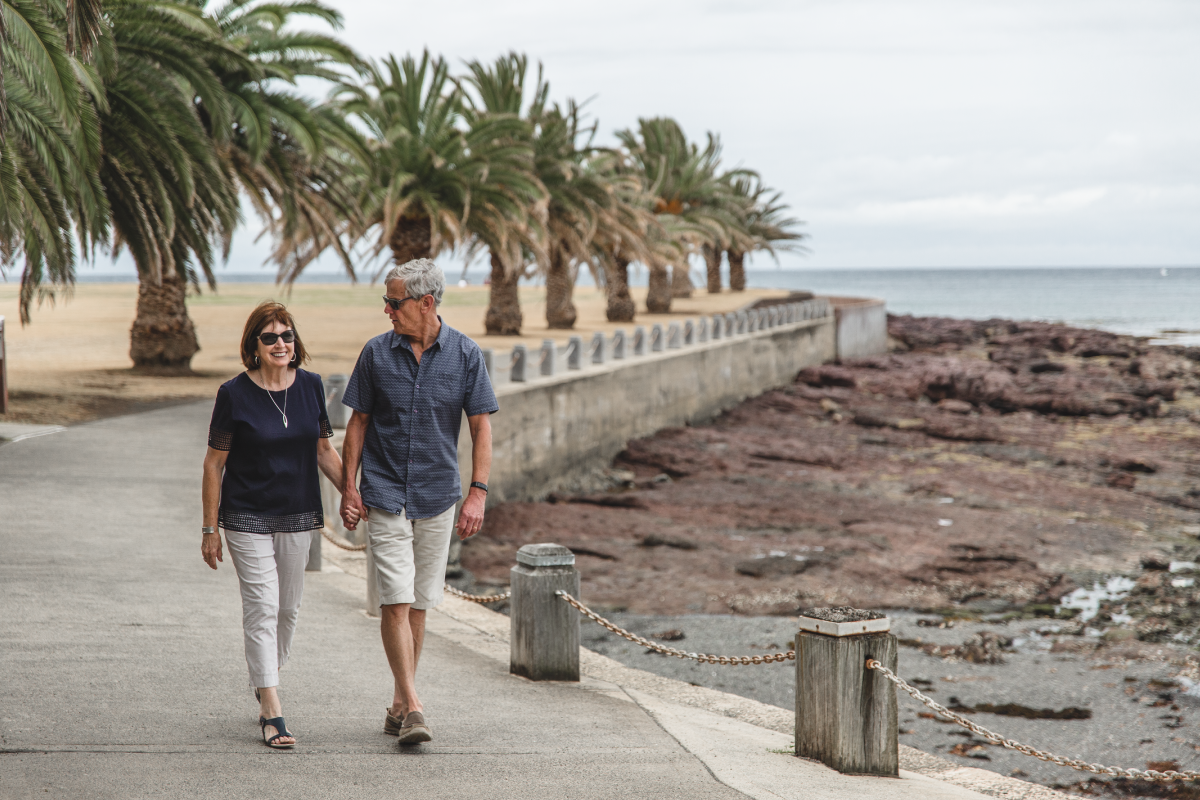 Nestled amid native gardens and just up the hill from scenic Kendalls Beach, Bonaira Village offers you the perfect self-contained village environment. What’s more, the picturesque thriving Kiama township is just an easy 2km – or 4 roundabouts – away.

Dine or grab a coffee with family and friends at the carefully restored 19th century Barroul House Café . It is the site's original homestead and centrepiece of the new village. There’s even play equipment outside for the little ones. 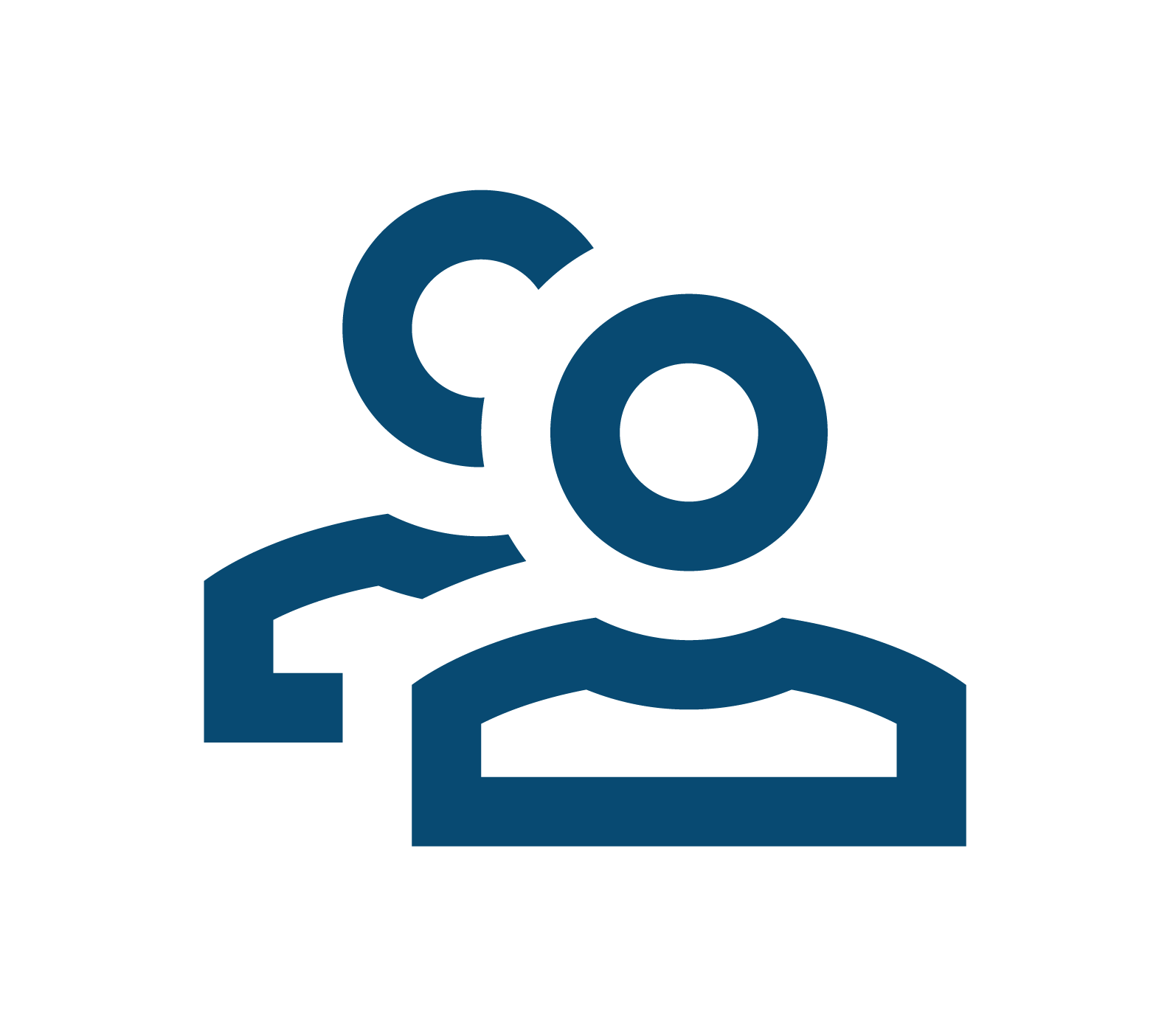 As well as a community hall onsite, you have easy access to Kiama’s wide variety of clubs and groups. Enjoy everything from bridge to bowls, singing to stitching, tennis to theatre. Bonaira Village is the ideal home base in this vibrant region. 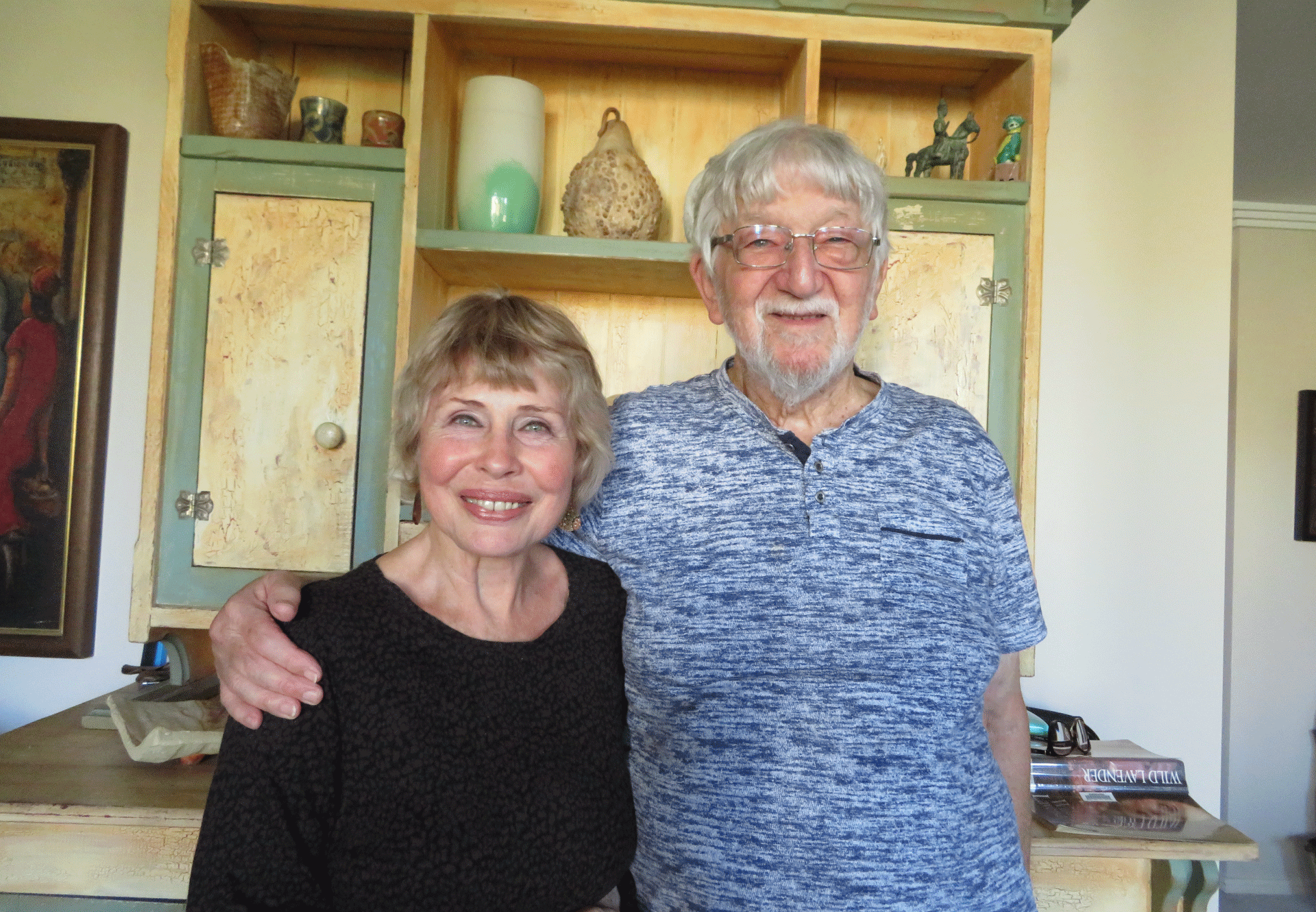 “All up we made a great decision. We're loving it and we feel like we're on holiday!”

What is Blue Haven Bonaira? keyboard_arrow_up

How many Independent Living Units are at Blue Haven Bonaira? keyboard_arrow_up

A total of 59 Independent Living Units are spread across the following four buildings:

What are the unit designs? keyboard_arrow_up

Each unit comes with a secure underground car space, that can be accessed safely from the internal lift.

Is there lockable storage cage in the carpark? keyboard_arrow_up

No there isn’t but there is large storage space in every unit.

How do I view a unit? keyboard_arrow_up

How are the units allocated? keyboard_arrow_up

The 22 units that have been sold as at time of writing, were allocated by Ballot system. After the initial ballot allocation, remaining units are offered on a first come first served basis.

What are the prices of the units at Blue Haven Bonaira? keyboard_arrow_up

Prices start at $540,000 for one bedroom and range up to the most expensive priced at $1,050,000 for a very spacious two-bedroom unit with stunning views, view our pricing list on our website for individual unit prices.

What facilities will be provided at Blue Haven Bonaira? keyboard_arrow_up

A large Community Hall with kitchen and adjacent smaller meeting rooms are available to book for use by all Blue Haven Bonaira residents.

The Community Hall, which has been officially named The Matterson Hall (named after long-standing Blue Haven board member and patron Tony Matterson) is predominantly used by Blue Haven Community Services team to implement client programs and groups for Blue Haven clients. The schedule of events and activities will be displayed around the Village.

A residents’ lounge area and public cafe is provided in the village’s onsite café, Barroul House Café with opening hours Mon to Sun 7.30am -3.30pm.

Village residents also gave access to large outdoor observation deck and BBQ facilities with panoramic coastal and mountain views, located on the top floor of building 4 above The Matterson Hall and fully accessible by internal lift.

What else does the Village contain? keyboard_arrow_up

A hairdressing salon is located inside the main entrance to the Residential Aged Care Home and has two basins and three hair cutting stations and is wheelchair accessible. The salon also has nail technician table and chairs. There is also a café adjacent to the hairdressing salon and a Wellness Centre fitted out with gym equipment including treadmill and weights all within the ground floor of the Residential Aged Care Home and is available to all residents.

Will bus transport be available? keyboard_arrow_up

It is intended that the existing Blue Haven Bus will also service the Independent Living Units, however the extent will depend upon the need for this service.  As the service would not be financially subsidised, it may need to rely on usage fees or inclusion in the overall maintenance levy budget for the Independent Living Units, which would require the agreement of a majority of residents.

What happens to the money I pay for my unit? keyboard_arrow_up

Units at Blue Haven Bonaira & Blue Haven Terralong are occupied under a loan-licence agreement. The price of the unit is an interest free loan to Kiama Council in return for which residents receive a licence to occupy their unit. This arrangement is widely used in not-for-profit Retirement Villages.

There is no refurbishment charge upon leaving your unit and maintenance levies cease upon vacation. Stamp duty also does not apply.

Residents are able to choose between the following two financial options:

When the unit is eventually handed back to Council, the resident (or their estate) receives a refund which is based upon the original purchase price, minus a Departure Fee of 6% per annum for each of the first five years of occupancy.  This deduction, commonly known as a Departure Fee, is capped at 30%. Under the standard price, the amount of the loan paid by the next unit occupant does not influence this refund.

Should either the current or next resident select the Capital Gain Sharing Option, the additional 25% paid by either will not affect the calculation of Capital Gain, as this is based on the Standard Price which applied at the time of both occupancies.

What Disclosure Statements are required under the Retirement Villages Act 1999

What are the on-going costs for my unit? keyboard_arrow_up

Weekly maintenance levies, also known as recurrent charges, are the only ongoing costs.

This levy covers Council & Water Rates, the maintenance of all the items supplied with the unit (except the carpet) & unmetered hot water.

Residents are responsible payment of their individual electricity, telephone or internet and contents insurance.

The levy will be approximately $115 per week.

Can I also place my name on the waiting list for Blue Haven Terralong? keyboard_arrow_up

How can I find out more information? keyboard_arrow_up

Or you can contact our Customer Service team on (02) 4203 4055 or email enquiries@bluehavencare.com.au.

The Manager of Blue Haven Village, Steve Dawson or one of his staff will be in touch with you to arrange inspections and discuss your needs or any concerns.

Find out about our other independent living units at Terralong Village, also located here in beautiful Kiama. 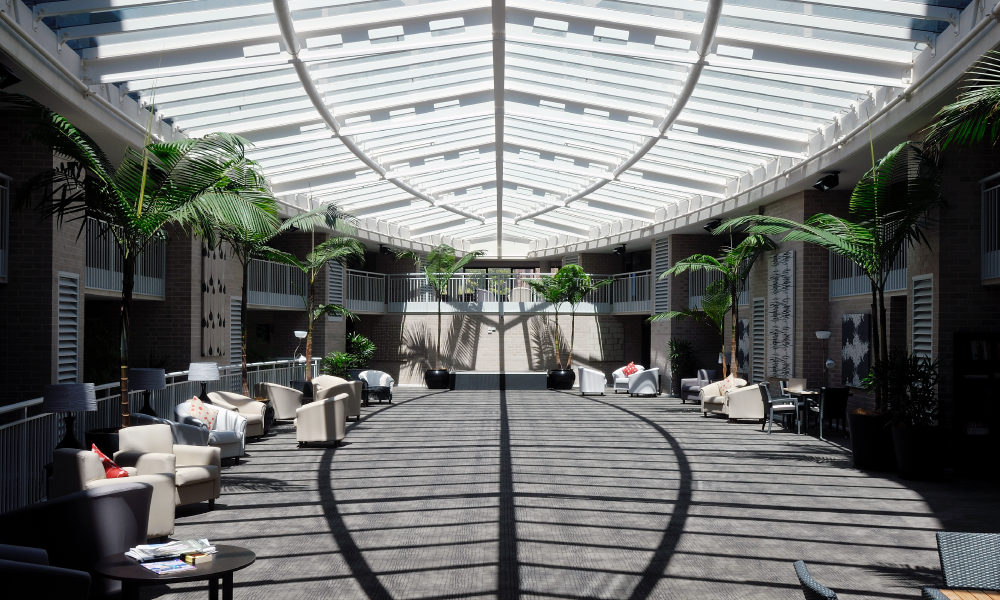 Get in touch, submit an enquiry or give us feedback.

Write and send your enquiry on the form provided. Alternatively you can call or email us.